The Weight of the Words "Seizure Free"

A few weeks ago, Roan had his EEG. At 13, he's had five. More than most people have in a lifetime. Certainly more than 99% of his peers. According to the Mayo Clinic, an EEG is an electroencephalogram. It's a test done to see what's happening with the electrical signals that occur in your brain. Since epilepsy causes the electrical signals in your brain to misfire, the EEG is the perfect test for determining whether or not epilepsy is currently active in your brain.

Roan had his first EEG in 2016, about six weeks after his first tonic-clonic seizure. It was done in a sterile room in the hospital, with bright lights and a technician in an adjacent room. We weren't given the proper instructions for how to prepare for the EEG, and I was afraid that it would be for nothing. But a few minutes into the test, I heard the technician gasp. An hour later, we were in a neurologist's 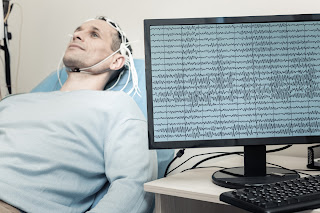 office with a definitive diagnosis of epilepsy, a prescription for new medications, and a huge, almost paralyzing weight settling in on my shoulders.

At the time, I remember being happy to have an answer. I remember feeling gutted, scared, pissed off at the world. I remember feeling like the medicine would do the trick, and we would never see another seizure. I remember having faith that our doctor would take care of Roan's needs, and everything would go back to normal. Well, normal for us.

That's not at all what happened.

The fine folks over at Wright's Law have written a book titled "From Emotions to Advocacy." It's about the struggle parents face as they deal with a child's diagnosis and have to help them manage school and figure out what special services they will need to thrive in the public school system.

It's also one hell of a figure of speech. Because in the early days after a life-changing diagnosis, emotions rule your world. You have days where you're ready to kick ass for your child, and days when you're lucky you can remember to make sure medications are taken on time. It's a heavy toll. As you're dealing with your own emotions, you're struggling to figure out how to help your kiddo deal with their own feelings regarding their diagnosis.

FYI, the answer here, for both of you, is therapy.

As the days pass by, you gradually start to figure out how to navigate the minefield of a life-altering diagnosis. You realize that while you are nursing some pretty painful hurts, your job, ultimately, is to help your kid figure out how to function as best he can, on his own, with this diagnosis, as an adult. Your job as a parent hasn't changed, you just have a few more obstacles than you did before. This isn't your fight. It's your kids. And your job is to help him fight it.

When your kid is young, that's easier to figure out. You spend time making sure they have help in school and the equipment and medication they need. You read books like "From Emotions to Advocacy" to help you become a better voice for them. You figure out how to navigate the tricky maze that is your insurance.

As our children grow up, we teach them the basics; how to cook, how to clean, how to be a roommate that isn't annoying as hell, how to put together a budget. For some special needs kids, these lessons are a little bit harder. For example, with epilepsy and autism, we have to make it a focus to teach Roan how to interact with police. We have to teach him how to figure out his meals a bit differently because his memory has been damaged by his epilepsy. If he cooks on the stove, he may well burn his house down.

And the entire time, while I've been helping Roan on his journey, the weight of the epilepsy diagnosis sits on my shoulders. While this is his fight, not mine, as his mother, I'm never far away from the reminder that my son has a condition that could, at any time, have him in a dangerous situation. He's at risk of a million different things happening to him that he wouldn't be at risk for if he didn't have epilepsy. And for that, I hate epilepsy.

But at his last EEG, we heard words we had never heard before in regards to his epilepsy. His EEG was "normal." Last year, his EEG did not show any seizure activity, but it was abnormal. So the change from abnormal to normal is huge for him. It means the electrical activity in his brain is no longer out of whack. It means his meds are working.

I'd been waiting a long time to hear those words. There were times, as we tried yet another medicine when I thought I never would. When the best I could hope for was less seizure activity (at one point, he was having hundreds of absence seizures per day, so being down to a dozen or so a day was a vast improvement).

Last month, on June 14, we began a clock that I thought we would never start. Being seizure free means that it's safe for us to hit one of those milestones that are important to every teenager in America. We can begin teaching him how to drive. While Roan hasn't really mentioned driving, I 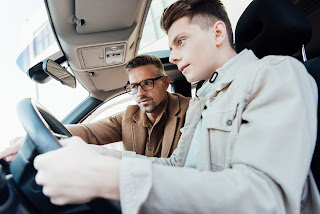 know that by the time I was 13, I was chomping at the bit to get behind the wheel. Now, it's safe for Roan to do that.

But more than that, June 14, 2019, began a two-year countdown that may end with us being able to reduce or even eliminate his medication. For some kids, epilepsy is a temporary thing. They have seizures and/or abnormal brain activity for a while, and then as they grow up, the seizures just stop. There's no real medical explanation for this, but it happens for many kids with epilepsy. In two years, if his doctor thinks it's possible that he's grown out of his epilepsy, the option may exist for us to attempt to wean him off of his medication.

That may not work out for him. And if it doesn't, then we will accept that and move forward, making sure that we're giving Roan the tools to function as an adult with epilepsy and autism.  At the same time, we'll know that we have the right medication combination, and we will move forward, hoping he remains seizure free.

The weight of the words "seizure free" is approximately 100,000 pounds. You can physically feel that weight lifting off of your shoulders the first time you hear your child's doctor say them. It's pretty fucking glorious.
Posted by Keisha K. Page at 8:34 AM No comments: